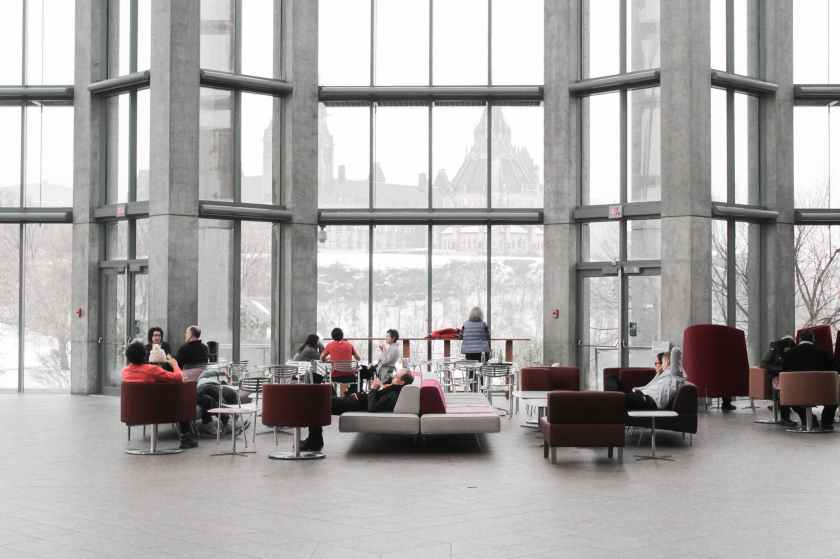 This is an anonymous piece about making conferences better for autistic people, and is part of a series we are working on about kinder conferences. If you’d like to contribute, get in touch via @scientistshuman on twitter or scientistsarehumans@gmail.com.

Conferences can be absolutely wonderful. They’re an opportunity to keep up with the latest research, collaborate on all kinds of fantastic projects, and of course build and maintain a network.

On the other hand, conferences can just as easily be terrible. Being packed into a stuffy, overcrowded room full of strangers is bad enough. Having to navigate complex social rules to make them like you is even worse.

I am a science writer and editor. Attending conferences is a good way to get stories and meet new people, and it’s something that I genuinely like doing. I am also autistic. My brain’s wired a bit differently; for me, socialising isn’t particularly intuitive and I’m sensitive to sound and light (more on this later). Since conferences are built around socialising, a well-organised conference might be challenging but manageable. A poorly-organised conference, however, is literally inaccessible. People like me shouldn’t be locked out of opportunities – and with proper planning, we won’t be.

I start preparing for a conference weeks in advance. I have to, because I know that I’m going to be socialising for several hours every day, and on top of this I’ll almost certainly be hunting stories and interviews. That preparation time lets me figure out what to expect, so I can work out where I might be able to decompress and how I can avoid burning out.

That said, nobody can prepare without having the right information. Telling your attendees where and when the conference is being held is a given, as is information on how to get to there. Letting attendees know where and when to register, and sending them timetables for each day, should be common knowledge. (That said, I once attended a one-day conference where we were told the venue and start time, but were never given registration information or a timetable. Unsurprisingly, the conference was horrible and I left early.)

Make an effort to find out about accessibility and let potential attendees know the details – is there step-free access to the venue? Does that step-free access have to be arranged in advance? Is public transport accessible? How about toilets? Nobody wants to spend time and effort trying to get to a conference, only to find out that they can’t get into the building.

One thing that I’ve never seen, but that would be very useful, is organisers providing a sensory map of the venue. A sensory map identifies which parts of a building are brightly or dimly lit, loud or quiet, busy or not. They can be important for preparation too – autistic people are less likely to be stressed or burned out if we know which areas are busy and which we can duck into.

Sometimes, no matter how tightly planned a conference is, schedules have to change. We know and accept this, but the organisers need to tell the attendees clearly. All that preparation I do isn’t just me faffing around – it helps me plan how to get through the day, and when a schedule suddenly changes I need to redo those plans at short notice. This is annoying at best, panic-inducing at worst. Help your autistic attendees to make those new plans by telling us about any schedule changes and what alternative arrangements might be in place.

At some point in your life, you’ve probably touched a hot stove. It’s not pleasant. If you regularly have to handle hot objects, you might build up some tolerance, but you’ll also figure out how to avoid burning yourself.

Some autistic people feel the same way about sound and light. We can be so sensitive to noise that it’s painful. It’s not a matter of us being fussy – we’re processing the information differently and sometimes the signals from our environment are very, very strong. Just as putting your hand on a hot stove to stop it from hurting would be a terrible idea, throwing us into bright, noisy environments and expecting us to “tough it out” makes our conference experience more stressful.

If you get a chance to visit a potential venue, think about the lighting and the acoustics. Is the lighting roughly even? Are some surfaces very reflective or prone to glare? Are the rooms particularly echoey? Also think about where and how you’re going to hold sessions. No, it’s not appropriate to have three people in a room that can hold fifty – but squeezing sixty people into a room meant for forty is unpleasant for everyone involved.

Some conferences have designated quiet rooms for people to use when they need a break. I strongly recommend doing this; conferences are exhausting and the time-honoured practice of hiding in the bathroom isn’t the best way to deal with that exhaustion.

…but respect is platinum

Other attendees also have their part to play in making conferences accessible to autistic people. Ultimately, a conference is an lengthy social situation that can feel stressful, almost like a test of our social skills.

One of the most important things anyone could have done for me was explaining conference etiquette. Before the first conference I attended as press, one of my mentors sent me a long email about how to survive conferences as a shy person. Without their help I would probably have been a lot more lost and stressed. They don’t know I’m autistic, and it’s not something I generally disclose anyway, but they helped me more than they’ll ever know. If you have a student or a mentee going to their first professional conference, ask if they want some advice.

If you’re going to be presenting, use the microphone. Some autistic people have problems with auditory processing: we can hear fine (and might even be more sensitive to sound), but we might have trouble turning those sounds into something intelligible. Using a microphone and speaking clearly helps, but if you’re talking to a person one-on-one and they keep asking you to repeat yourself, you could also try typing out a message.

I can’t stress this enough: don’t make fun of people who seem odd or awkward, or who don’t share the same experiences as you. A lot of us already feel insecure about coming across as strange, which just makes it worse. It’s a sore point and I promise it’s more uncomfortable for us than it is for you. Be accepting, be welcoming. Don’t be patronising: our brains work differently, not worse.

If someone seems distressed, they might be overwhelmed and close to a panic attack or meltdown (where someone is overloaded with information). Talking to the person or touching them gives them even more information to deal with and won’t necessarily help, but you can try walking them to a quieter room, away from whatever’s overloaded them, where they might calm down. After a meltdown the person might feel ashamed or embarrassed, so be kind and assure them that there aren’t any hard feelings.

Most of all, treat us with as much respect as any other attendee. Respect that we have a right to be here – tell us about any accommodations and any accessibility information. Respect our time – make timetables and scheduling clear. Be polite and courteous – we’re no more likely to be (deliberately) rude than anyone else, and a fair amount of us are absolutely mortified when we offend someone. (I’m still embarrassed that I mistook a research fellow for another student at a conference nearly a year ago. It wasn’t my best moment.)

Being clear, courteous and accommodating means everybody wins. Everybody (more or less) knows what they’re doing, everybody feels safer – and everyone gets a chance to go to a wonderful conference rather than a terrible one.