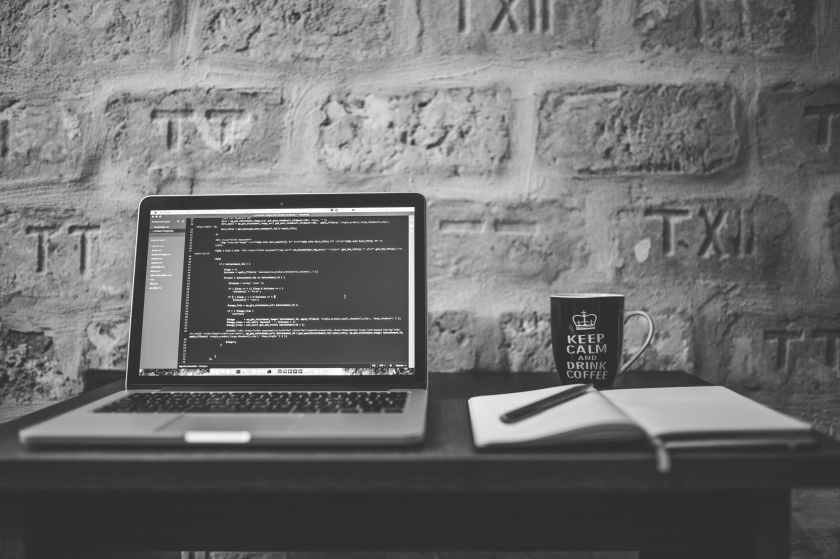 My journey into computing started quite late, in my last two years of high school in Switzerland. I decided to take an International higher level qualification in Computer Science. This was exciting for my school as I was the only girl who wanted to take the class. It was a small cohort, only 11 of us; it didn’t really matter being the only girl because the class was so small. I was the only girl in quite a few of my classes to be honest, based on my interests, or so I was told.

“You just don’t find very many women in Computer Science, that’s a fact” the school’s head of the Computer Science department told me. He had heard that I was applying to study Computer Science at university. I had fallen in love with the variety of different problems I could solve. Computing had kindled my curiosity, which had grown exponentially since discovering my love for the subject.

They both tried to persuade me not to apply for Computer Science at university (although they both commended me on my personal statement). “Girls just get bullied because of their numbers being so low in the field”. “Girls just drop out”. I was at a crossroads. I went home and cried. No one else had been asked to change their dream because of what other people had done in the past.

They hadn’t bargained on my commitment, though. I was determined to study Computer Science at university. I ignored them and my school and applied anyway, alone.

My transition into uni was anything but ordinary. I was put on a foundation year having gotten into university through clearing. My year had 40 or 50 people in it but I quickly made a stark observation: I was the only girl in the room. Again.

I remember asking in the year above and I was told that their foundation group had just one girl, too. I was quickly reassured that once I joined the first year there would be many more girls entering directly after A-levels.  But until that point, I couldn’t find anyone who looked like me. I couldn’t find anyone to relate to. I became worried. I was an overseas student, far from home, alone. My love for the subject soon outweighed these problems, and I quickly went about making friends. Even at school my friends had mostly been boys, so it wasn’t particularly unusual for me to find myself sticking out in my friendship groups. I was lucky to meet some of the most interesting, diverse and kind young men. They were nothing like me but that didn’t stop me. Friends who are not like you are still friends.

It wasn’t all easy though. I felt like I stuck out in lectures and practicals, and I could never be absent because the lecturer would always figure out that I was missing.  Being the only girl, both my presence and absence were noticeable. No skipping lectures for me, not that I really did that kind of thing anyway.

I was lucky enough to be with a female tutor (actually, departmental policy) and we quickly figured out that we had similar fields of interest and similar backgrounds so I always had someone to talk to. She continues to guide me through my university studies and is a dear friend, even now. My year of being the only girl of course had its ups and downs.

Was it weird or strange compared to other girls’ experiences? Was it unpleasant?  Strange, weird? Yes, sort of. Unpleasant? of course not! I’ve become slightly famous for it. Here at my university we have a 100% success rate of girls moving up from foundation into the first year. Even though there are so few of us we are well accepted and very clever.

Where am I now? I’m in my second year and enjoying myself still. There are more girls on my course but we’re still very much outnumbered. Those years in school, and in that first year at university, really did teach me a few things.

Firstly I learnt about the existence of Imposter Syndrome; I had suffered with it for years but I’ve never known what it was. It was only upon talking to lecturers and listening to people talk about women in Computer Science that I came to terms with what I was sometimes feeling. I just try to remember that I achieve what I do based on merit. I now make sure that I get involved in events that really do champion diversity across the spectrum.

Secondly not everyone reacts to being the only girl in the same way. On some days I found it really funny and actually I found myself to be very lucky for the position I was in, and on others I felt very much alone. It never stopped me and the friends that I made also supported me. I try and support and inspire the next group of girls who go through the Foundation year. There are a few this year and that makes me really happy, because problem solving has nothing to do with your gender but rather with the way you approach the world.